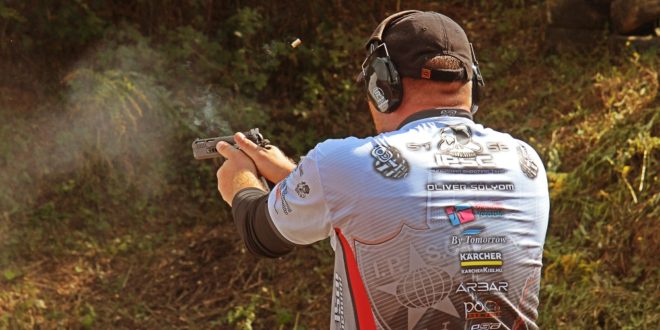 30 September 2017 became a new milestone in the life of ST IPSC SE. On that day the Hungarian National IPSC Championship was organised in Salgótarján, where one of the competitors of the team was crowned champion. László Pribilla won in Production division, and occupied the highest step of the podium as the new Hungarian champion.

The organiser obviously put a lot of effort in the event. All of the 12 stages were of excellent quality and professionally designed. The event was determined to be successful since it lived up to European standards completely in every aspect, and the nearly 160 participants surely returned home with positive feelings.

The three competitors of ST IPSC SE had very good time, too. The smoothness of the stages allowed them to concentrate on their tasks. All three chose different strategies. Krisztián wanted to collect the best hits, Olivér wanted to keep his own rhythm, and László wanted to combine the two. As it was cleared up during the prizegiving ceremony, the thought of László Pribilla was the winning tactic, so he became the new Hungarian champion in Production division.

László Pribilla: “I am proud and happy because I managed to defeat shooters whom I admire and who have great results. I have to confess that I didn’t expect the championship title because I can’t spend enough time on training, and this is not an advantage in any kind of sports. I was looking forward to the day of the competition, I prepared and trained much more than my family wanted me to. On Saturday, we took part in a competition that was organised and established in a fantastic way and implemented at an international standard; all we had to pay attention to was to do our best and not to run out of chocolate. We competed in 12 stages, that were excellent also from the professional point of view, we came across with tasks that were quick, bouncy and required lightning-fast action, but also with those that contained multiple solutions and required more targeting. The beauty of IPSC is that we never come across two identical stages, so the preparation must be special, too, if we want to get good results. I want to say thanks to the Salgótarján shooting range, to the organisers, jurors, staff and all the shooters who helped me, even if only with half of a sentence, especially master trainers Pál “Fater” Csefkó, Tibor Gál, and Christian Breitler.

Olivér Sólyom: “Unfortunately, contrary to my plans, I didn’t manage to keep my own rhythm. In most of the stages I was impatient, and couldn’t hold back my rushing self. In the future I try to make advantage of this, since now I have the bad example in front of me about hoe not to compete. Apart from my own problems, the event was fantastic. I’d like to say congratulations to the organiser, the competitors, and to the “little tiger” of our team. I’m extremely proud of Laci. I think, new sheriff has arrived in the town.”

Krisztián Tímár: “With this competition the season has ended. Due to an illness, I had to miss quite a long time, so this competition was not too successful for me. Anyway, I really like the Salgótarján event, I had a good time there.”

Results of the shooters of ST IPSC SE: 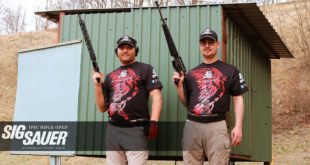