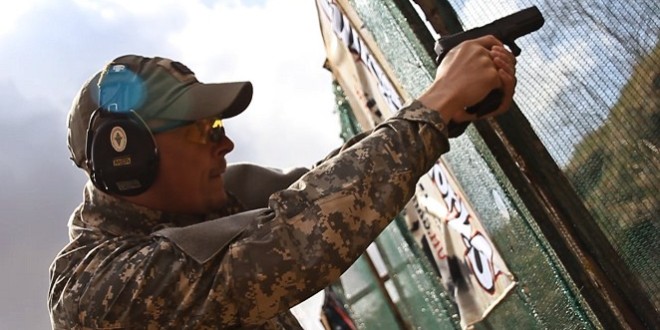 The first Hungarian IPA (International Police Association) event of the year was organized by the GUNWORKS. Despite the fact, that we are already at the beginning of the spring, the early morning frost and the strongly mudded stages caused a bit of a surprise, not just for the competitors, but the organizers, as well… 🙂 But the good company and the enthusiasm that filled the air, easily overcame all the difficulties. The competition went on five different stages, where not just the professional, but the sport category shooters also reached outstanding results. However, one question still remains: What does Richard Rawlings do in a shooting competition?!